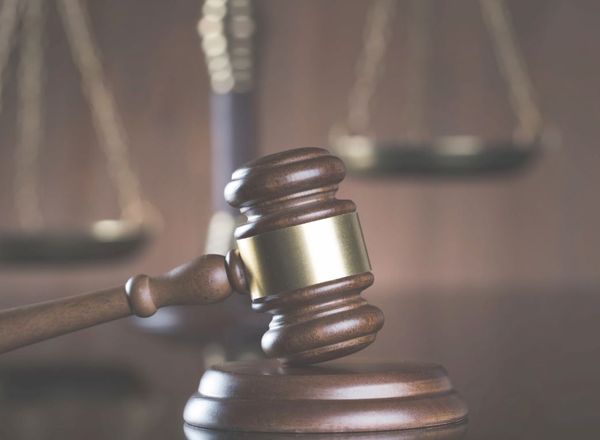 There have been a number of articles and discussions recently regarding the United States Court of Appeals for the 10th Circuit decision regarding PSM coverage[1]. It would seem from the many posts, comments, and related articles that this decision expands PSM coverage. However, this is simply not the case, but rather this decision affirms the plain language and intent of the regulation itself.

For background, a typical crude oil refinery will have multiple process “units” where each process unit performs a specific process step for producing finished or intermediate hydrocarbon products. One of those processes is a Fluidized Catalytic Cracker (FCC). The FCC is a significant process operation in most refineries and is the key to profitability of the facility since it converts heavy oils or long chain hydrocarbons into more valuable lighter end petroleum products. The FCC reactor is operated at an extremely high temperature and requires significant amounts of steam. When the heavy oils are fed into the FCC reactor in the presents of catalyst, the large hydrocarbon chains are broken into lighter hydrocarbons which are then processed in a distillation column and separated into the various products. One by-product of the FCC process is “off-gas”, or what is sometimes referred to as “refinery gas”. Refinery gas contains various amounts of a number of light hydrocarbons including methane, propane, ethane, and several others. In most cases, refinery gas is utilized as a fuel source within the refinery including process heaters, flare header sweeps/purges, and steam generators/boilers. If not used as a fuel in the facility, the gas would need to be sent to a flare and burned. Therefore, use of the refinery gas in these other areas reduces the overall cost of operations which emphasizes its importance for an overall efficient refinery.

In general, an FCC contains numerous pieces of process equipment including vessels, heat exchangers, reactors, columns, and other related equipment/piping that contain a flammable HHC. When aggregated (excluding any materials contained in atmospheric storage tanks), the quantity of HHC well exceeds the threshold quantity of 10,000 pounds. Therefore, most would agree that the FCC “process” itself would be covered by PSM. However, what may be at issue, is what is the “extent” or “scope” of the process, or where does the process “end”. This is not always an easy answer when you have multiple process units within a “facility” especially when the other process unit(s) use an HHC from another covered process, or when it feeds another process that is NOT covered.

Looking beyond a boundary or the presence or existence of an HHC in a covered process, addresses the other issue that was raised in this case as well, in what do you do with equipment that is interconnected, but does not contain an HHC? First PSM coverage must be established by aggregating flammable hydrocarbons and/or listed chemicals while excluding any exempted materials such as flammable liquids stored in atmospheric tanks, and hydrocarbon fuels used solely for workplace consumption. Assuming that PSM coverage is established, then obviously, if there is no HHC in interconnected equipment, the material in any connected equipment would not be part of the determination of threshold quantities, but the equipment is part of the single process (interconnected) and therefore it is covered regardless if it contained an HHC or not. An example of this can be found in the FCC process as well. In the FCC, once the heavy oil is reacted with the catalyst, the catalyst must be regenerated by removing the coke deposits. The removal of coke utilizes extremely hot air where the coke is “burned off” resulting in combustion products or “flue gas” exiting the catalyst regeneration process. The flue gas, in most cases, will go through an electrostatic precipitator to remove fine particulate. This “interconnected” process is designed with a series of controls such that the flue gas would never contain an HHC since the electrostatic precipitator would be an ignition source. This is basically the same for process heaters or steam generators. The heater or boiler would normally not contain an HHC but rather only the byproducts of combustion. However, the only thing(s) that keep these systems or processes from having an HHC in them, are “controls”. Many times, these controls are mechanical, physical, or instrumentation, but the equipment is still interconnected. There should be no doubt in anyone’s mind that these interconnected piece(s) of equipment that DO NOT contain an HHC, should not be considered part of the FCC process. If there are any doubts, there a good example via the CSB regarding the ExxonMobil Refinery Explosion. The simple reason for including interconnected piping and equipment that do not contain an HHC, is that controls fail, and a robust process safety program looks beyond what is, to what could be, by exploring and brainstorming for all reasonable potential scenarios that could occur that would result in an HHC being where it should NOT be. Failure to do so, has catastrophic results as has been shown over and over again.

The next part of the process definition states, “AND separate vessels which are located such that a highly hazardous chemical could be involved in a potential release shall be considered a single process”, has to do with those vessels that are NOT interconnected. This can be a number of things including process heaters, boilers, atmospheric tanks, and a host of other equipment. Also, utilities may also be part of the covered process from an interconnection standpoint, especially when there is a loss or reduction of the utility that could potentially result in a catastrophic event. These types of potential process safety issues should be fully addressed in the Process Hazard Analysis (PHA) with the consequences defined and at least a qualitative risk assessment performed. If the risk assessment indicates that a specific risk is mitigated by the use of utilities such as steam or nitrogen, then the systems or utility designated for risk mitigation may also be included in the PSM covered process. Having reviewed hundreds of PHA during compliance audits, many will list as a safeguard nitrogen purges, inerting, or the use of steam to prevent a hazardous scenario from occurring. The consequence of the hazard scenario without any controls or safeguards may be stated as a fire, explosion, loss of containment, etc., indicators that the safeguard or utility MUST be included in the covered process boundary, and mechanical integrity program.

In conclusion, this case did not “expand” coverage as some would proport it to do, but again, it affirmed the intent of the regulation and more importantly, the importance of looking beyond a physical boundary as indicated in the plain language of the text. The intent of the PSM regulation itself is to “manage process safety”. A robust process safety program requires us to think outside the box or boundary, and look at what potential hazards are present, and what other potential hazards may exist, and then address each of them accordingly. Remember, people’s lives depend on us doing just that.